Mori Hamada & Matsumoto held a seminar and reception for its clients at Hotel New Otani on November 9, 2011. The seminar was composed of two sessions and included lectures and panel discussions with different themes. The theme for Session 1 was “New Trends Among Japanese Companies Expanding into Asia,” followed by “Management and Preparation for Corporate Risk” in Session 2.

We would like to express our sincere appreciation to all guests who took part in the seminar and reception.

1. “Present Conditions and Issues Faced by Japanese Companies in Indonesia and Thailand and Review of Legal Strategies” The speakers discussed potential legal issues and practical concerns relating to the growth in acquisition of listed companies in major Asian emerging countries foreseen through trends highlighted in the preceding panel discussion. 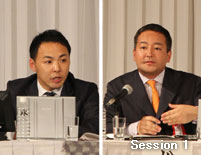 In recent years, an increasing number of companies have moved not only their manufacturing base to their offshore subsidiaries in other Asian countries but also their headquarters (the entity itself) in order to survive. In this section, means of moving headquarters to other countries in Asia using a triangular merger as well as key practical points were explained from the perspective of legal and taxation practice.

The Japanese government is planning to formulate a new mechanism called the “Bilateral Offset Credit Mechanism” after the expiry of the Kyoto Protocol at the end of 2012. In this mechanism, emerging countries that launch projects to reduce greenhouse gases will be given emission credits from the Japanese government. Exporting of project infrastructure in the Asian region will greatly benefit from the use of this mechanism. Takeshi Mukawa, a lawyer participating in the review of this mechanism, commented on its merits and potential as well as its current status. 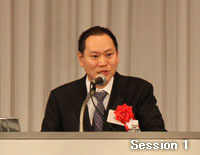 1. An Introduction to Contingency Management 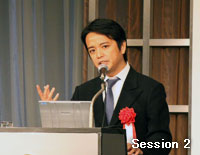 3. Regulations for Cartels and for Bribery – The Basics 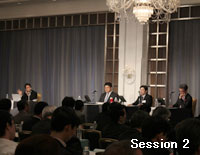 A discussion was held regarding the initial response immediately after the outbreak of a crisis, focusing on publicity guidelines, position statements, timing of disclosure, as well as procedures related to authorities, including deliberation on the necessity of leniency applications. 3. Compliance with Authorities and Handling Litigation 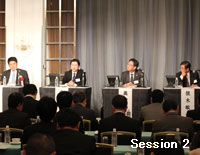 Preservation of evidence and information management with criminal and civil lawsuits in mind and handling of investigation and inspection processes were discussed with respect to resolving critical situations, emphasizing on-the-scene know-how.